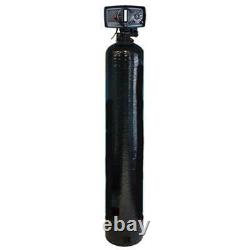 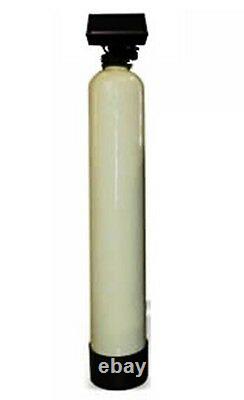 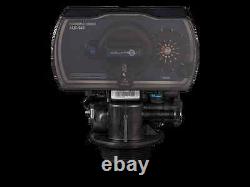 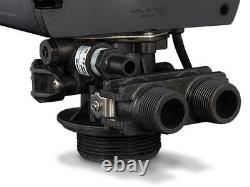 You may not even realize that KDF® process media are working for you. KDF media is the core product of many filtration systems, and can be used in conjunction with other products to provide superior purification.

KDF media meet EPA and Food and Drug Administration standards for levels of zinc and copper in potable water, so the process is not toxic and does not cause any adverse side effects. KDF media are certified by the NSF Standard 61 and Standard 42 - Your assurance that they meet public safety standards.

KDF media are environmentally sound and 100 percent recyclable, but refer to the instructions enclosed with your filter or system for proper disposal, as different manufacturers combine KDF process media with other filtration technologies. 1.5 CU FT OF GRANULAR ACTIVATED CARBON.

Carbon is a substance that has a long history of being used to absorb impurities and is perhaps the most powerful absorbent known to man. One pound of carbon contains a surface area of roughly 125 acres and can absorb literally thousands of different chemicals. Activated carbon which has a slight electro-positive charge added to it, making it even more attractive to chemicals and impurities.

As the water passes over the positively charged carbon surface, the negative ions of the of the contaminants are drawn to the surface of the carbon granules. Activated carbon filters used for home water treatment typically contain either granular activated carbon or powdered block carbon. Although both are effective, carbon block filters generally have a higher contaminant removal ratio.

The two most important factors affecting the efficiency of activated carbon filtration are the amount of carbon in the unit and the amount of time the contaminant spends in contact with it. The more carbon the better. Similarly, the lower the flow rate of the water, the more time contaminants will be in contact with the carbon, and the more absorption that will take place. Particle size also affects removal rates.

Activated carbon filtration is very common in a number of home water treatment systems. It can be used as a stand alone filter to reduce or eliminate bad tastes and odors, chlorine, and many organic contaminants in municipal (pre-treated or chlorinated) water supplies to produce a significantly improved drinking water. It is also very commonly used as a pre-treatment as part of a reverse osmosis system to reduce many organic contaminants, chlorine, and other items that could foul the reverse osmosis membrane. 0.5 block filters are commonly used to remove systs such as giardia and crytosporidium. Activated carbon filters remove/reduce many volatile organic chemicals (VOC), pesticides and herbicides, as well as chlorine, benzene, trihalomethane (THM) compounds, radon, solvents and hundreds of other man-made chemicals found in tap water.